A true “workhorse” ~ The Buffalo 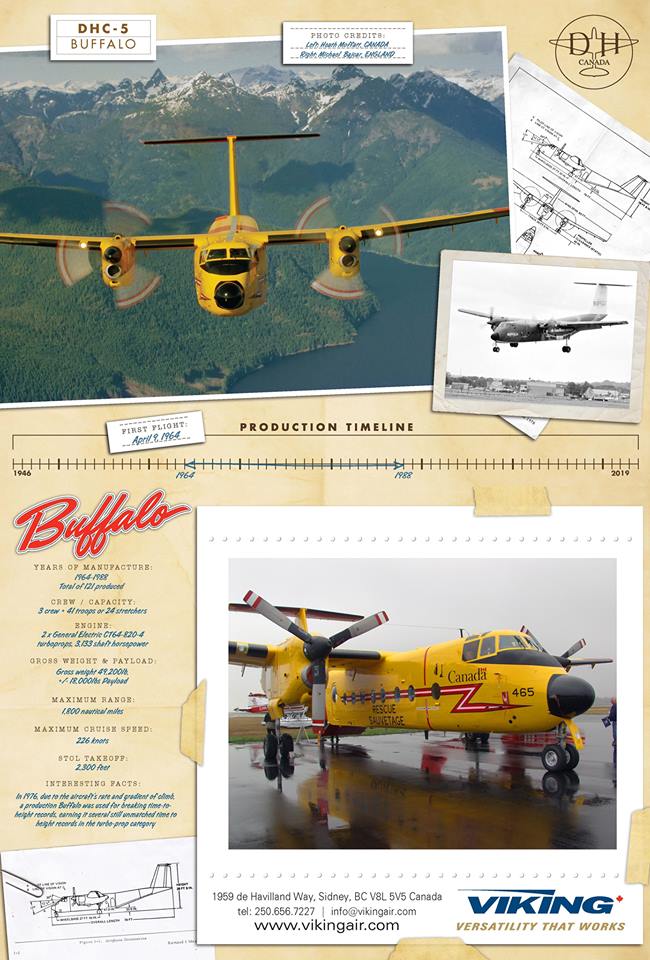 the 55th anniversary of the de Havilland DHC-5 Buffalo’s first flight on April 9th, 1964. Initially offered at a mere $1.55M, the “Buff” came with 2 x GE CT64-820-4 engines (3,133 SHP), 2 x Hamilton Standard 3-blade full-feathering reversible propellers, and an air-operable rear load door ideal for tactical airlift and parachute operations. The aircraft featured amazing performance capabilities with a 2,300 foot take-off run, 850 foot landing run, 49,200 lbs. MTOW, and a rate of climb of 1,820 feet per minute earning it several “time to height” records for its weight category in 1976. A total of 121 Buffalo aircraft were produced by de Havilland Canada before the production line was shut down in 1988, and today, a handful remain in active service in cargo, SAR, infrastructure support, and humanitarian relief roles around the world. Photo credit and thanks to Heath Moffatt Photography.
Most MIASARs members are certified to fly as Spotters in the Buffalo and have been called on to do so.
Martin Williams2021-12-01T17:13:02-07:00